Let’s keep apple in our diet!

All over the world the 8th consumed fruit is the apple. Its consumption and popularity dates back to the Stone Age, and was considered a cure for scurvy and gum-bleeding, among others. Its salability reduces nowadays due to abundant supply of fruit varieties. The raw apples but should be kept in our diet, which is supported by a recently published European study.

An apple a day keeps the doctor away – as it’s phrased. Which may be true, its high fiber and high vitamin content has long been known. We also know that the content of polyphenol active plant ingredient is high, of which flavonoids and proanthocyanidins of flavonoids play a prominent role.

To resolve the question several European research teams joined forces, their experience was published in February, 2020 at the prestigious The American Journal of Clinical Nutrition. 41 volunteers with mildly high cholesterol levels were participated in the experiment. Participants ranged in age from 29 to 69 years, with an average of 51 years, and had a body mass index (BMI) between 19 and 33, on average 25,3.

The ideal body mass index for the European population is between 18,5 and 25, above 25 there are signs of overweight, but we can only talk about obesity above BMI 30. An additional criterion was that only those who typically did not consume apples on a regular basis were included in the experiment.

Volunteers had a 2-week preparation time, during which they were not allowed to consume either apple or apple-containing food. Then they were randomly divided into 2 groups. Participants in the first group supplemented their normal eating habits with two pieces of Renetta Canada type apples for 8 weeks. They had to eat apple-free again for 4 weeks afterwards, and then the following 8 weeks they had to drink apple juice that had the same sugar and calory level of 2 apples, but lacked vitamins, flavonoids, and fiber.

In the second group, the experiment was performed in reverse: participants drank sugary apple juice for the first 8 weeks, followed by a 4-week apple-free period, after which they had to include 2 apples a day in their diet for another 8 weeks.

With this method, the researchers were able to successfully ensure that individual differences did not affect the end result. 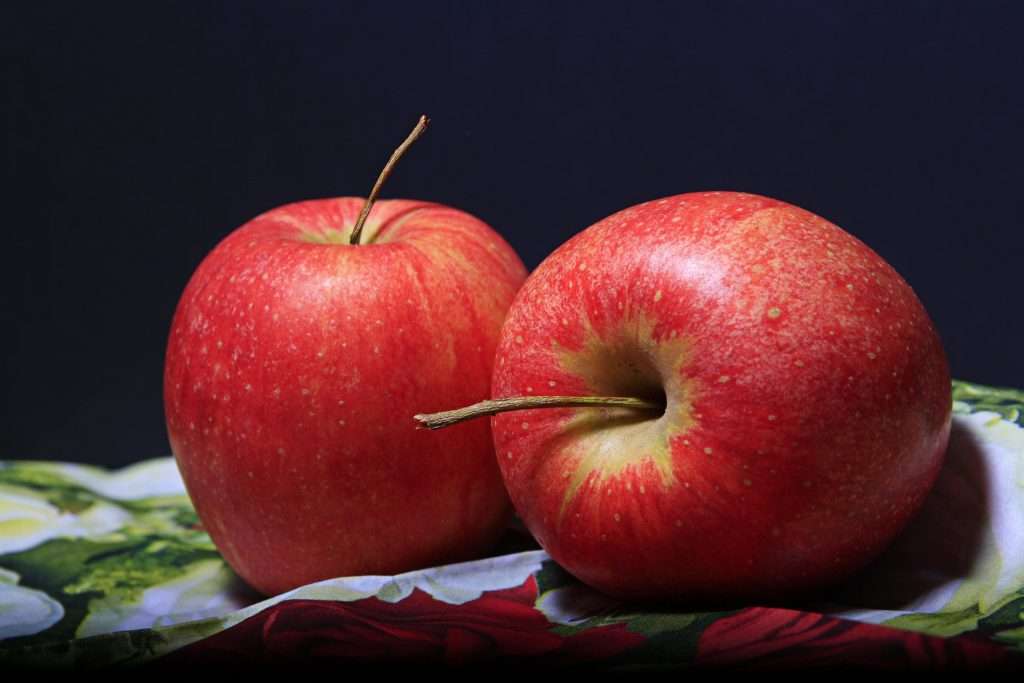 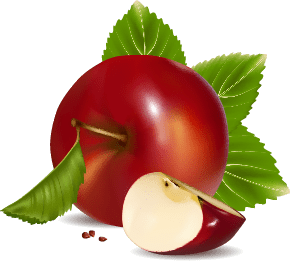 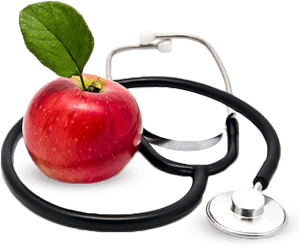 Blood and urine samples were collected from the volunteers during the experiment. The conductors of the experiment were primarily interested in changes in cholesterol levels. The results showed that 2 fresh apples a day did indeed slightly reduce the total cholesterol levels and low-density lipoprotein (LDL, ’bad’ cholesterol) levels of the participants, but the triglyceride levels decreased as well. The endothelial function of the vascular wall cells also showed improvement, on the one hand the receptor expression associated with atherosclerotic inflammatory processes decreased, and on the other hand the vascular elasticity moved in a positive direction.

The improved values occurred only during apple consumption, and the sugary apple juice did not change the condition of the participants. Although the observed changes were statistically significant, cholesterol levels did not reach the ideal range. However, more than 2 apples a day would probably have had a more pronounced effect. Considering that most people would not be able to keep consuming 3-4 or more fresh apples on a daily basis in the long run, an extra intake of valuable apple ingredients from other sources, even from dietary supplements, shall be considered.

In addition to vitamins and fiber, quercetin glycosides, catechin, epicatechin, and procyanidin flavonoids in apples can contribute to our health. The peel of the red apple also contains anthocyanidins (so shall not be disposed). The named flavonoids, despite their names, have nothing to do with cyan, they are named only because of the bluish color of some their types.

So, apples are rightly one of our most important fruits. Its consumption on a daily basis is recommended for healthy people as well, and due to its cholesterol-reducing properties, it is strongly recommended for those with high cholesterol to eat as much as possible. And thanks to its countless varieties, fans of either sweeter or more sour flavors also can choose.

The study is available at the following link: