RIAVITA CorsyMAX® 12X is an extract of mycelium (fungal filaments) grown from the spores of Cordyceps sinensis (Chinese caterpillar fungus) from Tibet, combined with Rhodiola and Ginseng extracts and other ingredients.

According to the experience of Tibetans, the fungus Cordyceps sinensis grows “in the caterpillar in winter, in the grass in summer”.

As can be guessed, the Cordyceps fungus has 2 main life cycles. Its spores attack the caterpillars, in which it lives as a parasite in winter, and then, after the fungus has consumed the nutrients found in the insect, it grows a fruiting body in the summer. In nature, this fungal species grows only in three regions of the Himalayas - Tibet, Nepal and Bhutan - at altitudes above 3000 meters.

The beneficial effects of the Chinese caterpillar fungus have been noticed by Tibetan shepherds for more than two thousand years, hence the name Tibetan caterpillar fungus. These areas of the Himalayas have rarer air and poorer vegetation, so yaks grazed on pastures, or the large domestic animals of Tibetans, should have been more tired.

Nevertheless, the animals grazed here were full of energy compared to their counterparts on the lower-lying pasture, and their desire to reproduce was also higher. The yellowish-brown formation, the caterpillar fungus, which grows between the grass, so is consumed with it, was responsible for this effect.

Based on the above story, it is not surprising that Tibetan Cordyceps sinensis is one of the most valuable ingredients in traditional Chinese medicine. According to legend, for a while, only the emperor could use it to maintain his youth and fertility, to improve his endurance and physiological functions.

Modern medicine and research noticed Tibetan Cordyceps when Chinese athletes who won a gold medal at the Stuttgart World Championships in Athletics stated that they consumed Cordyceps mushrooms to increase their performance. We now know that Tibetan Cordyceps has special ingredients, e.g. cordycepins not found in other species, it also contains adenosine and rare N-polysaccharides, as well as beta-glucan.

Tibetan Cordyceps is a rare but valuable fungus, in natural occurrence it’s available at a price of $ 20,000 to $ 80,000 /kg, which puts it at risk of over-harvesting and disappearing from its natural habitat. Fortunately, Tibetan caterpillars can now be grown, the advantage of which is that the process takes place under standardized, controlled conditions, making it possible to obtain products with many times higher active ingredients at a much lower cost than the original price.

Things to consider when choosing products: 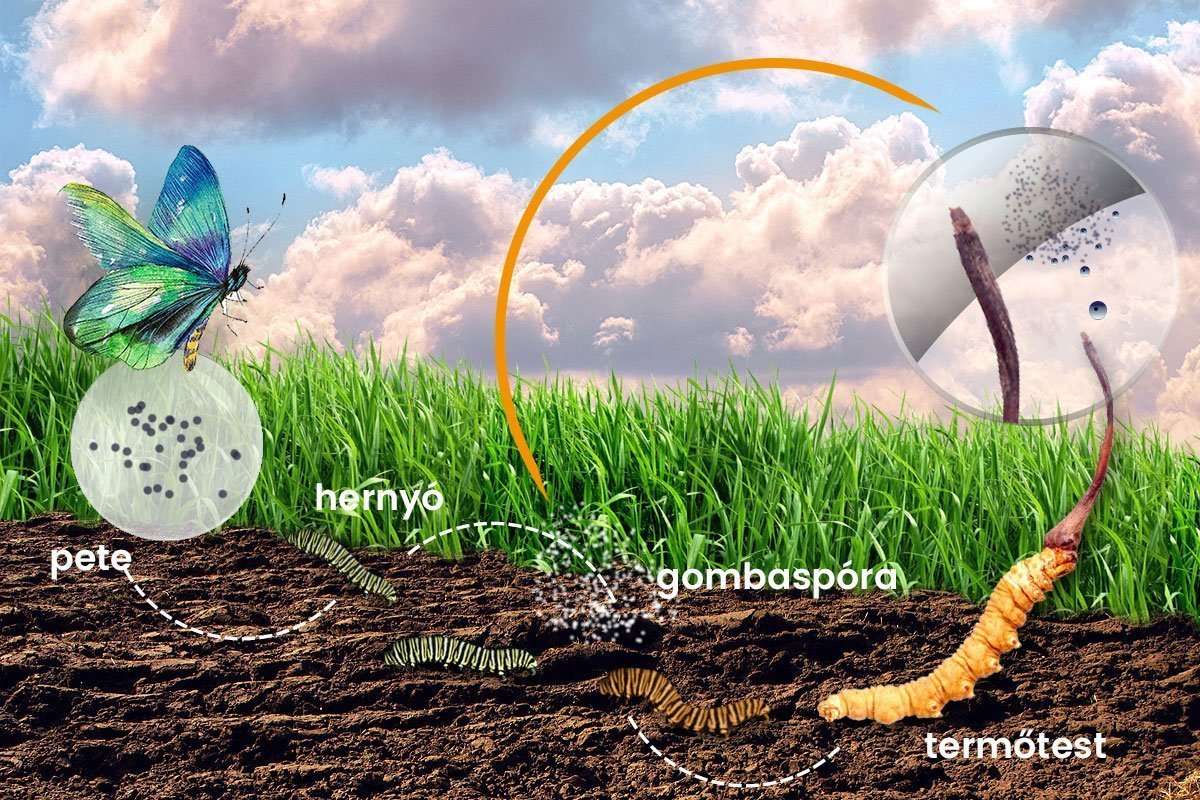 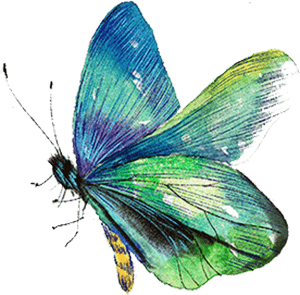 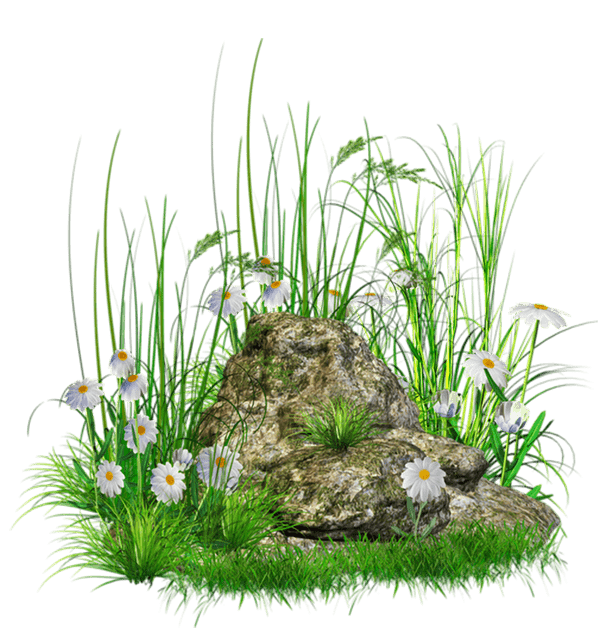 Folk observations that the caterpillar fungus has an energizing effect on both animals (e.g. yaks) and humans in general, and is a supporter of a longer, healthier life, have now been supported by scientifically demanding experiments.

In addition to improving vitality, a number of lesser-known beneficial effects have been identified and studied. For example the immunomodulatory and anticancer effects - as explained in details below.

One of the most common goals of consuming caterpillar fungus is to reduce fatigue and, in parallel, regain vitality. According to a Chinese study, nearly 90% of older people in the experiment reported an improvement in their physical fitness as a result of taking Cordyceps sinensis extract.

The increase in endurance was also supported by a Japanese and an Italian study. In the former, young men performed intense running exercises, and if caterpillar extract was consumed, it was easier to take exerting sports. In the latter, the combined use of caterpillar and lingzhi mushroom has increased the physical fitness of amateur cyclists and made their bodies more prepared for oxidative stress.

The energizing effect has also been tested on animals because the studies can be standardized much better. As an example, experimental mice significantly improved their swimming endurance by supplementing their diet with an extract of caterpillar decoction.

The caterpillar extract showed an antidepressant-like effect in various mouse experiments, which was also associated with its hypoglycemic and energizing effects.

Cordyceps sinensis has long been attributed to its anti-aging effect. In the case of fruit (vinegar) flies, feeding with caterpillar extract was able to increase the lifespan up to 32%. In the case of mice, in order to keep an experiment from lasting for so many years, accelerated aging models are used when the animals begin to show symptoms of aging within a few months due to continuous consumption of D-galactose, e.g. cognitive (brain) functions began to decline. An extract of Cordyceps sinensis was able to counteract the cognitive decline of D-galactose of aging mice and improve their memory.

Cardiovascular diseases are among the leading causes of death, so it is particularly important to have our cholesterol and blood fat levels within the appropriate range in order to reduce the risk of arteriosclerosis. The caterpillar extract in mice was able to counteract the harmful effects of a cholesterol-rich diet by helping to keep low-density lipoprotein (“bad” cholesterol) levels low and elevated high-density lipoprotein (“good” cholesterol) levels compared to animals not consuming Cordyceps. The beneficial effects for blood triglycerides and cholesterol could be observed in humans as well, even for pre-existing cardiovascular disorders.

One of the roles of antioxidants in our body is to neutralize free radicals. The extract of Cordyceps sinensis was able to directly neutralize several free radical forms and inhibited one of the factors in the development of atherosclerosis, lipid peroxidation. In addition, strains extracted from a caterpillar polysaccharide enhanced the functioning of antioxidant enzymes in the liver, brain and blood serum of mice also further increase the antioxidant capacity. A similar conclusion was reached in human experiments, similar to mice, there was an increase in the so-called superoxide dismutase enzyme activity and thus the free radical neutralizing ability.

Folk observations show that caterpillar consumers are less likely to get sick and get infections. This is supported by a number of animal experiments, e.g. the survival rate of Streptococcus bacterial infection, which is also dangerous to humans, was significantly increased in mice given Cordyceps extract, but also found a positive effect in the treatment of tuberculosis.

When an active ingredient called cordycepin (which is present only in small amounts in caterpillars, but accounted for up to 1% of Cordyceps extracts) was used to support Candida infection treatment with antifungals, a significant increase was seen in the survival rate of mice, even when the animals have already been infected with a drug-resistant strain. Cordycepin may also affect viruses, e.g. directly inhibited adenovirus replication by blocking RNA synthesis.

The caterpillar fungus is believed, when consumed on a regular basis, to increase sexual performance, which is why some also call it the Himalayan Aphrodisiac. It resulted in higher sperm counts and sperm viability in mice, and the effect of the active substance cordycepin in older rats resulted in the production of more motile sperm with similar characteristics to their younger counterparts while increasing their testosterone levels.

There are only a few studies available in the clinic, however, these have consistently found that caterpillar fungus preparations increase sperm quality, thus male fertility, and may increase libido in both men and women.

Cordyceps sinensis extracts, especially cordycepin, have been attributed anti-inflammatory effects. Based on its effect on human cell lines, it achieves this by inhibiting the production of inflammatory factors on the one hand, and by increasing the levels of anti-inflammatory interleukins on the other.

Cordycepin alleviated the symptoms of osteoarthritis (inflammation of the arthritis) in animal studies and reduced respiratory hyperresponsiveness associated with asthma, excessive mucus production, and IgE antibody levels. The condition of (human) patients with moderate to severe asthma started to improve, when in addition to the treatment, Cordyceps sinensis was also consumed the level of inflammatory factors and IgE antibody decreased.

The caterpillar extract was able to reduce the destructive effects of environmental pollutants or lifestyle-related harmful substances, protecting the kidneys, liver and lungs. In several studies in mice and rats, Cordyceps sinensis reduced the extent of liver damage when exposed to carbon tetrachloride (a toxic compound previously used as a refrigerant or fire extinguisher). In Portugal, Cordyceps sinensis was tested in patients who had liver damage (steatosis, fatty liver) as a result of regular alcohol consumption. Using the fungal preparation, liver regeneration was faster than with smooth alcohol withdrawal.

Reduction of side effects and anti-cancer effect

Besides its protective effect, it also shown anticancer effect, when combined with cis-platin against tumors inoculated in mice or zebrafish. Polysaccharides extracted from caterpillar fungus supported the health of mice, who received radiotherapy.

The caterpillar fungus formulations have also been tested in the clinic. In a retrospective study, the survival of human patients with hepatocellular carcinoma (malignant liver cancer) was significantly increased when their treatment was supported with preparations containing Cordyceps sinensis. The prognosis of the patients further improved when the C. sinensis was combined with additional products. You can find more details in the following post:
TIBETAN CATERPILLAR FUNGUS IN CANCER THERAPY

The scientific observations, studying the role of caterpillar fungus in supporting the treatment of diabetes is twofold: according to the tests on mice and rats, the fungus or its active ingredient called cordycepin help maintain the normal operation of the kidney after the formation of induced diabetes, and/or may contribute to blood sugar decrease and stabilization (hypoglycemic effect). A summary of human clinical trials suggests that the conclusive evidence of a hypoglycemic effect remains to be seen, but caterpillar fungi have definitely been able to support the treatment of renal impairment.

If you want to browse and search our articles on the topic, click...
Cordyceps
Tag 3-4 capsules daily before breakfast or lunch is suggested.