Every day our body is exposed to many stressors. A part of the environmental stress (e.g., air pollution, chemicals) and mental stress are manifested as free radicals within the body. Free radicals are highly reactive and can bind to nearby cell constituents - lipids, proteins and other important biomolecules, thus impairing their proper functions.

A healthy body is prepared for (resistant to) oxidative stress and the neutralization of harmful free radicals, since they are also produced in the body as byproducts of our metabolism. However, the extra amount of stress and harmful habits associated with modern living (smoking, regular alcohol consumption) can challenge the so-called redox balance, but for some diseases or in old age, we may not be able to respond effectively.

Many vitamins can help fight oxidative stress, as they trap free radicals as antioxidants and neutralize their destructive effects. The effect of vitamins is further enhanced by flavonoid-type antioxidants, which are found in plants.

The biological effects of flavonoids were first discovered by Hungarian Nobel laureate Albert Szent-Györgyi and his colleagues. When scurvy patients were treated with vitamin C, more efficient and faster healing happened when the patients were also given yellow powder extracted from Hungarian red pepper or lemon juice. The yellow powder was named the flavonoid fraction (the yellow color is ‘flavus’ in Latin), and the polyphenol-type components identified in it were named flavonoids.

The academic interest in flavonoids is major

Flavonoids have been the subject of intensive research, since. In general, flavonoids are effective antioxidants on their own, and enhance the effects of vitamins. There can be up to 6,000 different flavonoids, all of which have varying degrees of antioxidant capacity, but they can also have other functions depending on their structure, can bind to a number of enzymes, and affect our metabolism.

Within the body, the rise of local concentration of free radicals may lead to the onset of inflammatory processes, if persists for a long time, chronic inflammation may occur. Prolonged nerve inflammation can be a trigger of many serious diseases and can contribute to the development of cancer, Alzheimer's or Parkinson's disease, insulin resistance and diabetes, asthma, and certain cardiovascular diseases.

Due to their general antioxidant and anti-inflammatory effects, flavonoids can help prevent or stop the development of chronic inflammatory conditions, and some of their types may be suitable to support the treatment of diseases. 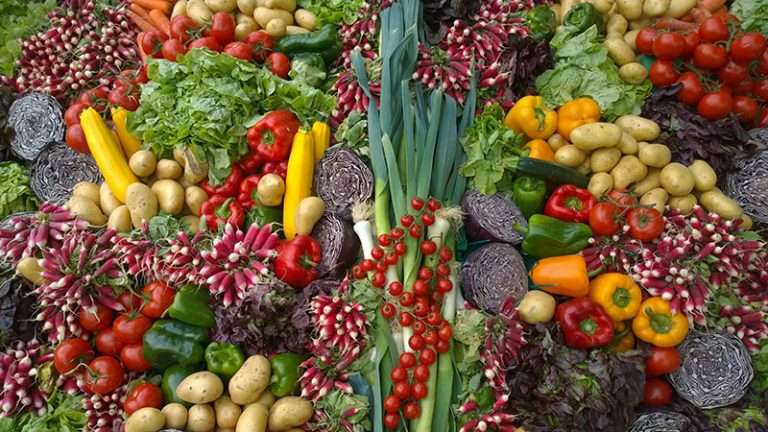 Flavonoids are an extremely diverse plant compound-family, therefore the impact on the human body and cells is also widespread. In general, it can be said that their antioxidant and anti-inflammatory properties can help prevent the development of certain diseases or support the treatment.

The protecting role of flavonoids against diseases that are caused by chronic inflammation, or associated with it, is studied by long-term scientific observation of patients, supported by measurements and animal experiments using molecular biology methods.

According to a grouped study published in Denmark, 2019, in which the dietary and other habits of 56,000 participants at the age of 52-60 years were monitored for 23 years, the death rate of patients was approximately 15% lower if - instead of the 173 mg of flavonoids intake per day, rather - 500 mg of flavonoids was administered. The effect of flavonoids was more spectacular concerning the outcome the deaths of cancer: the at least 500-1000 mg of flavonoids per day meant 15-20% risk reduction as compared to the low (173 mg daily) dose.

The protective effect of flavonoids was higher among smokers or regular drinkers considering all causes of death, which means that the destructive effects of these harmful habits may also be offset by high daily intake of a minimum of 500 mg of flavonoids

The anti-cancer effects of flavonoids have been demonstrated in several animal experiments. The most prominent effect is linked to a flavonoid called fisetin. Treating prostate xenograft tumors (human tumor cells implanted in mice) both fisetin and cabazitaxel chemotherapeutic agent by itself had only slight improvement, but when the two were combined, they significantly increased the average survival of the mice, and the tumor growth decreased. In other studies, a flavonoid called quercetin slowed down the growth of liver, breast, and colon-type xenograft tumors, and increased the average survival of the animals. Although the effect of quercetin alone was significant, it did not completely cure the animals, but several other publications suggest that a much more pronounced anti-cancer effect could be achieved in combination with chemotherapy, just as with fisetin.

Based on experiments on isolated cancer cells, flavonoids may exert their anti-cancer effects through other mechanisms in addition to their antioxidant and anti-inflammatory effects. Depending on the flavonoid type they may intervene in the survival, proliferation, and migration of cancer cells and signaling pathways responsible for the formation of new veins in such a manner that they inhibit the activity of cancer cells, or trigger the ‘self-destruct’ program of the malignant cells, with technical term: inducing apoptosis.

Studies independently showed that those who took higher dose of flavonoids had a much lower risk of developing Alzheimer’s disease and associated dementia. According to the authors, the important source of flavonoids contributing to the prevention, such as kaempferol, myricetin and anthocyanins was e.g. kale, broccoli, apples, green tea and berries, therefore, the consumption of flavonoid-rich meals is recommended.

In mouse-asthma models, the flavonoid called chrysin was capable of achieving the approximate result of dexamethasone (anti-asthma steroid) reducing bronchial inflammation and excessive immune response, and the IgE antibody levels declined in the blood as well. Other research groups have similar experience, e.g. galangin or quercetin (extracted from onion) flavonoids were effective in mouse models.

If you want to browse and search our articles on the topic, click...
Flavonoids
Tag